If you’ve been learning Lebanese Arabic from scratch and considering visiting Lebanon in the near future, then make sure to learn these 5 valuable phrases.

We'll be discussing the best context for using each expression, as well as the differences between them and their Modern Standard Arabic counterpart.

Meaning: Do you speak English? | I don’t speak Lebanese

This is a lifesaver for any non-Arabic tourist that sets foot in Beirut. Since most people in Lebanon are well educated and bilingual, there’s a good chance that you’ll be able to speak English with almost any Lebanese person that you encounter.

The first phrase is important to learn since even if the person you’re speaking to weren’t fluent in English, he’d at least be able to communicate with you using basic words and phrases.

Instead of using the verb تتكلم, Lebanese Arabic substitutes it with the verb تحكي.

On the other hand, the second phrase is as important as the first since it lets people know that you can’t understand them. This might come handy if you encounter any law enforcement or army personnel.

While learning Modern Standard Arabic is important, focusing on learning the Lebanese dialect is necessary if you ever decide to visit Lebanon.

Meaning: Can you repeat that last phrase?

If you’re still struggling with Lebanese Arabic, then use this phrase to ask the person you’re talking to, to repeat the last phrase he said. 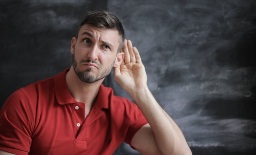 Lebanese Arabic replaces هل تستطيع with فيك and as a general rule, you should try to add the expression إذا بتريد to any requests; it’s the expression for "please" and it literally translates to “if you can”.

Meaning: How do you say … in Lebanese?

Use this phrase if you’re wondering how to say a certain word in Lebanese. Most people in Lebanon know a few Basic English words so they’ll probably understand you.

Meaning: Can I have your number?

Mobile plans in Lebanon are extremely expensive, so if you want to text or call someone in Lebanon, then use an instant messaging app like WhatsApp (which is very popular in Lebanon) or Telegram.

As soon as Lebanese people realize that you’re a tourist, they’ll pop that question. Where are you from? (إنتا/إنتي من وين؟) Just simply use أنا من and add the country you’re from.

This phrase is the same in Lebanese as in Modern standard Arabic.

These were our top 5 essential phrases of the week, please stay tuned as we've got plenty more for you in the upcoming weeks.

See you next time, and happy learning !